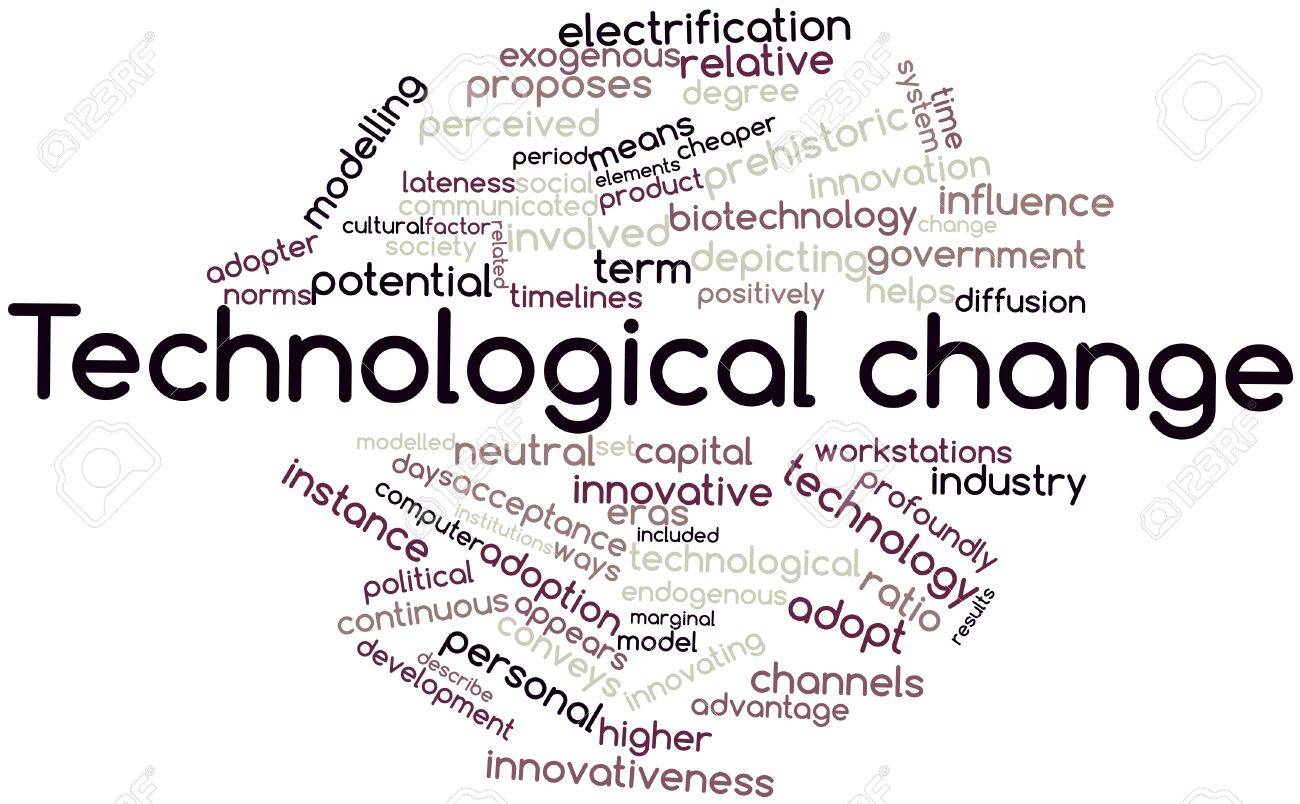 Marx did not regard technological change as the moving force of history.

When Marx speaks of ‘technology’ he means the concrete form taken by an actual labour process in a given instance, the observable way in which particular use values are produced.

This technology can be described directly in terms of:

The identification of ‘technology’ with the ‘forces of production’ is erroneous.
Technology is the material form of the labour process through which the underlying forces & relations of production are expressed.

The separation between the ‘human’ & the ‘natural’ is viewed as a separation within a unity because the ‘interdependence of the physical & mental life, of man with nature has the meaning that Nature is interdependent with itself, for man is part of Nature’ (Economic & Philosophic Manuscripts, p.127)

“Labour is, in the first place, a process in which both man & Nature participate…he opposes himself to Nature as one of her own forces, setting in motion arms & legs, heads & hands, the natural forces of his body, in order to appropriate Nature’s production in a form adapted to his own wants.” (Capital, vol.1, p.177)

Productive force = the power to transform & appropriate nature through human labour.
That power can be augmented by the use of various instruments of labour which, together with the land itself, form the means of production.

The specific form the relation to nature takes is, however, a social product, ‘a gift, not of Nature, but of a history embracing thousands of centuries’ (Capital, vol.2, p.512).

The actual technology of the labour process is shaped by historical & social processes & necessarily reflects the social relationships between human beings as they combine & co-operate in the fundamental tasks of production.

“What distinguishes the worst architect from the best of bees is this, that the architect raises his structure in imagination before he erects it in reality”. (Capital, vol.2, p.178)

The activity of production therefore incorporates a certain knowledge of the world – knowledge that is also a social product.

Consider, for example, a person digging a ditch. We can describe the use of nerve & muscle & perhaps measure the physical expenditure of energy on the part of the digger. We can likewise describe the qualities of nature (the ease with which the earth can be dug) & the instruments of labour (spade or earth-mover). And we can measure the productivity of labour in terms of feet of ditch dug per hour of work. But if we limit ourselves to this direct physical description, we miss much that is important. Indeed, Marx would consider the measure of productivity a meaningless abstraction. To interpret the activity properly we must first discover its purpose, the conscious design of which it is a part & the mental conception of the world that is embodied in the activity & its result. We must also know the social relationships involved. Is the work being done by a slave, a wage labourer, an artisan, a dedicated socialist, a religious fanatic or a rich lord with a love for strenuous physical exercise? Identical physical actions could have an infinite variety of social meanings. We cannot interpret the activities without some understanding of their social purpose.

It is the relation between the productive forces, social relations of production & mental conceptions of the world, all expressed within a single unique labour process, which counts in the end.

“by acting on the external world & changing it [man] at the same time changes his own nature” (Capital, vol.1, p.177)

The insatiable quest on the part of capitalists to appropriate surplus value impels perpetual revolutions in the productive forces.
But these revolutions create conditions that are inconsistent with the further accumulation of capital & the reproduction of class relations.

This means that the capitalist system is inherently unstable & crisis-prone.
Though each crisis may be resolved through a radical restructuring of productive forces & social relations, the underlying source of conflict is never eliminated.
The only ultimate resolution is socialism.

The Productivity of Labour Under Capitalism

Initially, we might be tempted to treat the productivity of labour in purely physical terms & measure it by the amount of raw material that a labourer can transform, using certain instruments of production, into a given amount of finished or semi-finished product within some standardised time period. Marx is at war with such a conception. It fails to distinguish between concrete labour & abstract labour & presumes that capitalists are interested in the production of use values rather than value in general & surplus value in particular.

Marx proposes a distinctively capitalistic definition of labour productivity:
“That labour is alone productive, who produces surplus value for the capitalist, & thus works for the self-expansion of capital…Hence the notion of a productive labourer implies not merely a relation between work & useful effect…but also a specific, social relation of production, a relation that has sprung up historically & stamps the labourer as the direct means of creating surplus value.” (Capital, vol.1, p.509)

“Only bourgeois narrow-mindedness, which regards the capitalist forms of production…as eternal…can confuse the problem of what labour is productive in general…& consequently fancy itself very wise in giving the answer that all labour which produces anything at all…is by that very fact productive labour” (Theories of Surplus Value, pt1, p.393)

Armed with this conception of value rather than physical productivity, Marx can also debunk the commonly held notion that capital is itself somehow productive.
Capital “becomes a very mystic being since all of labour’s social productive forces appear to be due to capital, rather than labour as such, & seem to issue from the womb of capital itself” (Capital, Vol.3, p.827)

For Marx any definition of productive labour under capitalism had to be seen in relation to the actual process of production of surplus value.

the idea that it is the productivity of the collective, rather than the individual, labourer that counts has implications for our conception of productive force.

Braverman’s book Labour & Monopoly Capital, 1974.
The first major work in the Marxist tradition to grapple with changes in the labour process in the 20th century.

The real subjection of labour arises when capitalists begin to reorganise the labour process itself in order to acquire relative surplus value.
The class relations that prevail within capitalism penetrate within the labour process through the reorganisation of the productive forces.
An hierarchical & authoritarian structure of social relations emerges within the work place.

“In order to make the collective labourer, & through him capital, rich in productive power, each labourer must be made poor in individual productive powers” (Capital, Vol.1, p.361)

A general distinction between skilled & unskilled labour emerges, but the technical basis of production also requires the preservation of a hierarchy of labour powers & skills, together with wage differentials (the reduction of skilled to simple labour is not complete).
In these instances, the increasing productive power of labour arises out of a reorganisation of existing work processes & does not necessarily entail any major investment on the part of the capitalists.

For Marx, the impoverishment of the labourer under capitalism had as much if not more to do with the degradation forced upon the worker in the labour process, than with low wages & high rates of exploitation.

With the capitalist use of machinery, “the instrument of labour becomes the means of enslaving, exploiting & impoverishing the labourer; the social combination & organisation of labour processes is turned into an organised mode of crushing out the workman’s individual vitality, freedom & independence” (Results, p.506)

By ‘liberating’ workers from their traditional skills, capital at the same time generates a new & peculiar kind of freedom for the worker.

Braverman attaches prime importance to scientific management & the scientific-technical revolution as two aspects of capital that ‘grow out of monopoly capitalism & make it possible’.
Scientific management (Taylorism) entails a systematic separation of the mental labour of conception from the manual labour of execution & so fragments & simplifies the latter that even a ‘trained gorilla’ could do it.

The mobilisation of science & technology gives capital the organised capacity to revolutionise the productive forces almost at will.

Control of the labour process passes from the hands of the worker into those of management.

The only substantive problem that remains, for capital, is to habituate & reconcile workers – living human beings with real aspirations & concerns – to the degradation of work & the destruction of traditional skills.

Criticism of Marx & Braverman’s depiction of workers as objects.
But political & class consciousness is not forged by appeal to theory. It has its roots deep in the fabric of daily life & in the experience of working in particular.

Harvey questions whether Marx could solve the problem of political consciousness.

The duality of the worker as ‘object for capital’ & as ‘living creative subject’ has never been adequately resolved in Marxist theory.

Workers are disciplined by capital mobility.
The tendency to equalise the rate of profit through competition is the guiding force.
But worker resistance can result in uneven development.

Marx most certainly did not argue that the reduction of skilled to simple abstract labour entailed the homogenisation of the workforce to the point where no skills were left.
The reduction meant the elimination of monopolisable skills.

The essential measure of the reduction of skilled to simple labour lies in the degree to which capitalism has created skills that are easily reproducible & easily substitutable.

The Sources of Technological Change Under Capitalism

Capitalism has exhibited an extraordinary degree of technological & organisational dynamism. The difficulty is to explain this in a way that locates its origins within society rather than treating it as an external force.

Marx  ascribes this dynamism to a desperate struggle, waged by capital, to stabilise the inherently unstable conditions of class reproduction.

There is competition between capital & labour, between competing capitals, & to a lesser degree competition within the working class.

Capitalists respond to competition is a number of ways, such as:

Competition impels capitalism towards perpetual revolutions in the productive forces.

Unevenness in the development of productive forces can create problems.

At times when there is mass unemployment, capital has the incentive to go back to labour-intensive techniques.

Physical productivity is measured in diverse, non-comparable units.
This is the ‘technical composition of capital’.

The ratio c/v is the ‘value composition of capital’.

The ratio of ‘dead’ to ‘living’ labour tends to rise as a result of technological change within the firm.

The technological change is driven by the search for relative surplus value.

It is the value productivity of labour which matters.

Crises, by devaluing capital, have a role to play.