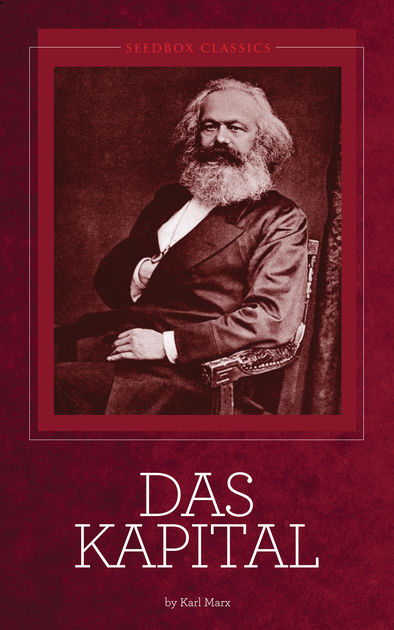 Volume 1 – The Process of Production of Capital

Part One: Commodities and Money

Chapter 2 – The Process of Exchange

Chapter 3 – Money, or the Circulation of Commodities

Part Two: The Transformation of Money into Capital

Chapter 4 – The General Formula for Capital

Chapter 5 – Contradictions in the General Formula

Chapter 6 – The Sale and Purchase of Labour-Power

Chapter 7 – The Labour Process and the Valorisation Process

Chapter 9 – The Rate of Surplus-Value

Chapter 11 – The Rate and Mass of Surplus-Value

Chapter 12 – The Concept of Relative Surplus-Value

Chapter 14 – The Division of Labour & Manufacture

Part Five: The Production of Absolute and Relative Surplus-Value

Chapter 18 – Different Formulae for the Rate of Surplus-Value

Part Seven: The Process of Accumulation of Capital

Chapter 24 – The Transformation of Surplus-Value into Capital

Chapter 26 – The Secret of Primitive Accumulation

Chapter 27 – The Expropriation of the Agricultural Population from the Land

Chapter 29 – The Genesis of the Capitalist Farmer

Chapter 30 – Impact of the Agricultural Revolution on Industry

Chapter 33 – The Modern Theory of Colonisation

Volume 2 – The Process of Circulation of Capital

Part One: The Metamorphoses of Capital and their Circuit

Chapter 1 – The Circuit of Money Capital

Chapter 2 – The Circuit of Productive Capital

Chapter 3 – The Circuit of Commodity Capital

Chapter 4 – The Three Figures of the Circuit

Chapter 6 – The Costs of Circulation

Part Two: The Turnover of Capital

Chapter 9 – The overall Turnover of the Capital Advanced. Turnover Cycles

Chapter 10 – Theories of Fixed and Circulating Capital. The Physiocrats

Chapter 16 – The Turnover of Variable Capital

Chapter 17 – The Circulation of Surplus-Value

Part Three: The Reproduction and Circulation of the Total Social Capital

Chapter 19 – Former Presentations of the Subject

Chapter 21 – Accumulation and Reproduction on an Expanded Scale

Volume 3 – The Process of Capitalist Production as a Whole

Chapter 2 – The Rate of Profit

Chapter 5 – Economy in the Use of Constant Capital

Chapter 6 – The Effect of Changes in Price

Part Two: The Transformation of Profit into Average Profit

Chapter 10 – The Equalisation of the General Rate of Profit through Competition. Market Prices and Market Values. Surplus Profit.

Part Three: The Law of the Tendential Fall in the Rate of Profit

Chapter 13 – The Law Itself

Part Five: The Division of Profit into Interest and Profit of Enterprise

Chapter 23 – Interest and profit of Enterprise

Chapter 27 – The Role of Credit in Capitalist Production

Chapter 28 – Means of Circulation and Capital. The Views of Tooke and Fullarton

Chapter 33 – The Means of Circulation under the Credit System

Chapter 35 – Precious Metal and the Rate of Exchange

Part Six: The Transformation of Surplus Profit into Ground-Rent

Chapter 44 – Differential Rent Even on the Poorest Land

Chapter 46 – Rent of Buildings. Rent of Mines. Price of Land

Chapter 47 – The Genesis of Capitalist Ground-Rent

Part Seven: The Revenues and their Sources

Chapter 49 – On the Analysis of the Production Process

Chapter 50 – The Illusion Created by Competition

Capitalism is based upon commodity production: things are produced for sale not for immediate consumption.

The value of a commodity is not the amount of (concrete) labour actually expended, but that portion of social (abstract) labour that is credited to that commodity. This can only be known in exchange (in the market).

Prices diverge from values because of the tendency for profits to be equalised between different capitals.

How does money increase into more money? i.e. How can capital self expand?

This additional value is surplus value.

Marx’s great insight was that the source of surplus value lies in the difference between the value of labour-power (wages) and the value created in the course of the working day.

Surplus value can be increased by lengthening the working day – absolute surplus value.

Or by curtailment of the necessary labour (the proportion of the day the worker has to work to produce his means of consumption) – relative surplus value.

This increase in the organic composition of capital puts downward pressure on the rate of profit (even if the first capitalists to introduce the new methods initially reap higher profits).

Capitalists only produce for profit; if the initial outlay of capital will not increase in value they won’t produce.

To the capitalists it doesn’t matter that people need things.

The system is a set of social relations, it is not nature.
It hasn’t always been this way and probably will not always be this way.