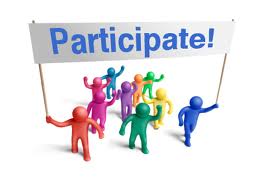 Finance is an integral part of capitalism. It is supposed to take money from surplus units in the economy & lend it to the parts that offer profitable investment opportunities. If it was just allocating savings to investment & enabling profitable growth there would not be a big problem. However, in recent decades speculation has become an increasingly dominant feature of capitalism. That is, speculation in the sense of newly created money inflating asset prices without any basis in production. So instead of the usual money-commodities-more money (M-C-M’) circulation of capital, which is the essence of capitalism, the production of commodities is not bothered with & we go straight from money to more money (M-M’). As any Marxist will tell you, the problem with this is it is only in the sphere of commodity production that surplus value is extracted from the workers & surplus value is the source of all profit; no commodity production, no profit, no capitalism. What has been happening is recorded profits have been based more & more upon the fictitious capital of money created with no link to real value. So called ‘Quantitative Easing’ is the most powerful example of this. It is governments buying back their own debt from the banks. Because they will never be able to dump the debt back onto the markets they have in effect been ‘turning to the printing press’. They cannot keep on ‘extending & pretending’. The more they delay the bigger the next crash. Capitalism really is living on borrowed time & when ATM’s stop working & supermarket shelves go empty, political consciousness can change overnight.

Since Labour saved the banking system & so capitalism in 2008/09, gradually the ruling class have been able to create the illusion of fixing the economy. This, along with nationalism is why a large section of the working class voted Tory in the general election. English nationalism was stirred by the Tories with the threat of Scottish nationalists having some power over ‘us’. This ‘them & us’ attitude is why making Tories have taken up the UKIP nationalist agenda. Their spectre of ‘Brussels bureaucrats’ or ‘floods of illegal immigrants’ resonates with many workers, fed by a media that maintains class rule by creating such divisions.

100 years ago such nationalism resulted in the slaughter of WWI. The Labour Party sold out the workers then, just as they have always done. This is the problem with a political party that focuses almost entirely on parliament; careerists take over & the goal of socialism is continually pushed into the distant future, or dumped entirely & replaced with ‘fairer capitalism’. More than ever though people are looking for an alternative. New Labour’s sucking up to ‘aspiration’ is always going to struggle, because if you want Tory policies why not vote for the real Tory party? And when we talk of Labour ‘shifting to the left’, without the case made for a real alternative to capitalism, it will all too easily be portrayed as ‘tax & spend’ & ‘handouts for the lazy’.

There are though increasing numbers who have given up on capitalism & the political system. Occupy were one of the most visible expressions of discontent of recent time. The Guy Fawkes masks exemplify what many feel about parliament & voting. Joining this movement together with the still important, but declining trade unions in the fight against Tory cuts can be the foundation for challenging the capitalist system itself. An alternative based upon socialism, but with emancipatory, participative democracy central.

Stalinism is dead & many revolutionaries just look like Russian Revolution equivalents of those who re-enact the English Civil War; both groups being very middle class. Social democracy is unaffordable, not because there’s not enough wealth, but because capitalism is based upon profits, & social democracy is just a form of capitalism. This ‘parliamentary road to socialism’ is a hang-over from the post-war boom.

What is needed is an explanation of what socialism really is: the direct, participatory control of the means of production & distribution by all. Not nationalisationised industries run from Whitehall by bureaucrats answerable to a majority Labour government, or run by Commissars of a one-party dictatorship that thinks it knows what’s best for the workers. Rather a system of Communes that take the place of the parliamentary system. A system that is based upon equality of decision-making. This is the real ‘dictatorship of the proletariat’ that can quickly lead us to a post-commodity society where money, wages & poverty are abolished.

Slogans are important. Whether we call it ‘Participatory Socialism’, ‘Participatory Democracy’ or something else is up for debate. What is crucial is that it is, & feels very different, to today’s politics dominated by career politicians.